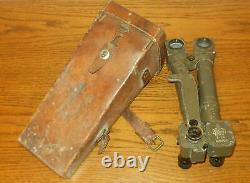 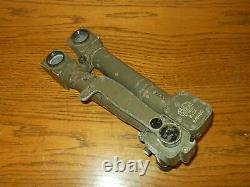 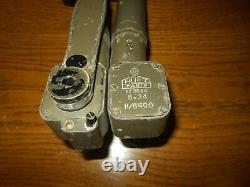 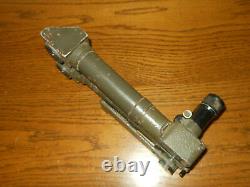 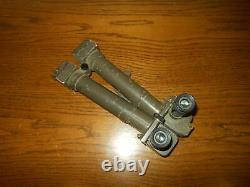 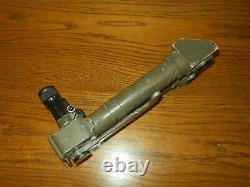 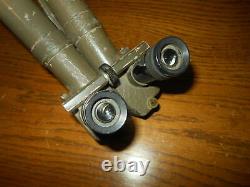 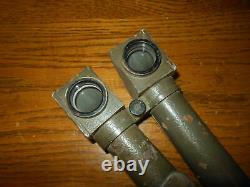 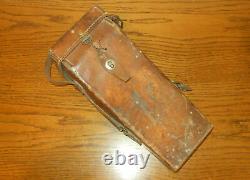 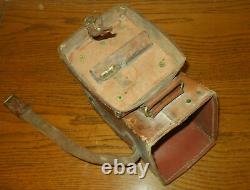 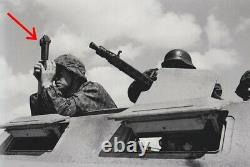 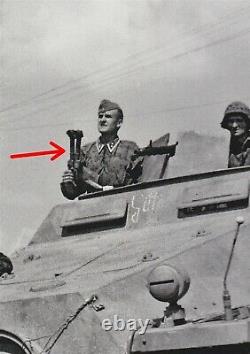 Made in WW2 in captured French Factories, this Sighting Periscope was. A useful tool in the Wehrmacht for general observation (in both vehicles and on the ground), and for artillery fire observation and direction throughout the war. It was often seen poking out a commander's cupola, primarily as a safe method for him to observe the enemy without risk to life. Made of aluminum, brass, and steel by Puteaux.

This aiming periscope is in VERY NICE used condition. Manufactured by the Germans at the captured French factory, "Huet", most of the original paint remains! Some slight wear and marks due to the age. Indicating it has a ranging grid. The optics are functional, but a bit hazy.

Optical alignment is off slightly, but all focus adjustments still turn as they should. Manufacture info and markings are stamped into back plate.

Comes in the original leather storage case, but the strap is broken, as is the retaining spring clip. I have shown this EXACT type in use in the Sd. 251 Half Track in the last photos. A PERFECT addition to any collection or display! Most of my items are vintage, and as such are AS-IS, so you must therefore expect a degree of wear due to age and/or usage.

Although my passion is the Me109, I do offer many other German Aircraft Fw190, Me262, etc. , as well as USAF and Japanese items. Occasionally I do offer many non-vintage items such as prints and art relating to the time period. Use is solely based on my authorization only. Powered by SixBit's eCommerce Solution. The item "WW II German Army Handwinkelfernrohr (f) 8x24 PERISCOPE Sd. 251 NICE" is in sale since Saturday, March 6, 2021. This item is in the category "Collectibles\Militaria\WW II (1939-45)\Original Period Items\Germany\Personal, Field Gear".

The seller is "messerschmitt_109" and is located in Malibu, California. This item can be shipped worldwide.