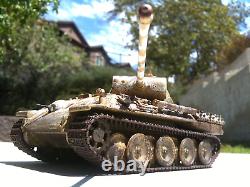 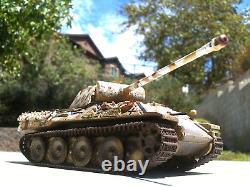 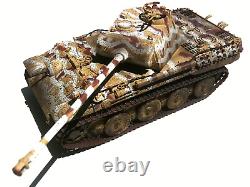 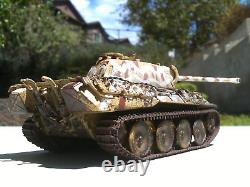 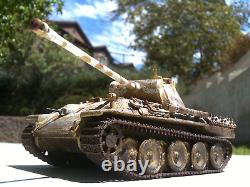 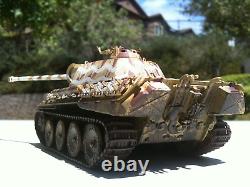 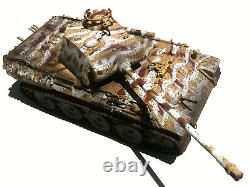 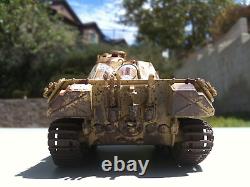 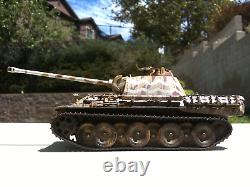 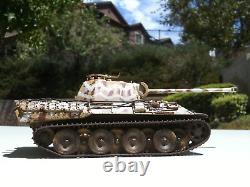 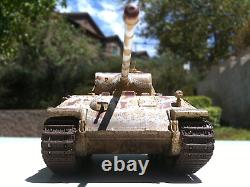 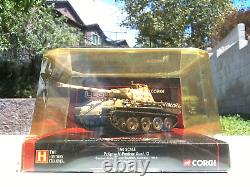 This listing is for a new Corgi MAN Sd. 171 Panther Tank, German Army, Germany, 1945. This release does not come with a limited edition card. Outer cover turned yellowish due to long time storage.

Scale: 1/50 Length: 6.75" Width: 3.0" Toward the end of the war, German units used a wide variety of unorthodox camouflage patterns. This unusual camouflage pattern is a winter scheme of wide white lines applied over the summer camouflage in a zig-zag fashion on the turret, hull sides and road wheels. 171 Panther Designed to replace to the PzKpfw IV, which had met its match in the new Soviet T-34, the Panzerkampfwagen V "Panther" series of heavy tanks were armed with powerful weapons and equally powerful armor protection.

Thought by many to be the best German tank of WWII, the Panther featured a sloped armored turret with a long barrel 75mm main gun and an anti-aircraft 7.92mm machine gun. It was equipped with anti-magnetic paste to combat magnetic mines, and armor skirts offered further protection for the track system and crew. Approximately 5,500 Panthers were built during WWII. Corgi "Military Vehicles" die-cast vehicles feature. Die-cast metal construction with some plastic components. Rotating turret, elevating cannon and accurate hull in die-cast metal. Accurate moving tracks on detailed rotating wheels.

This item is in the category "Toys & Hobbies\Diecast & Toy Vehicles\Tanks & Military Vehicles". The seller is "warclouds" and is located in this country: US. This item can be shipped to United States.