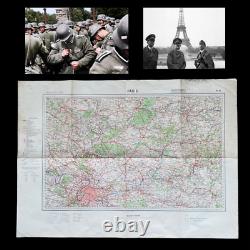 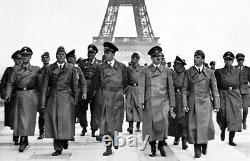 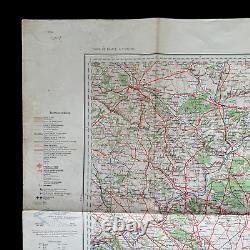 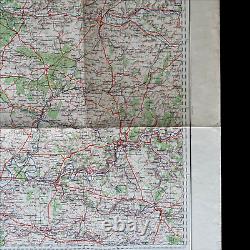 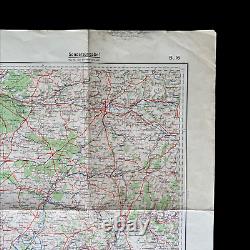 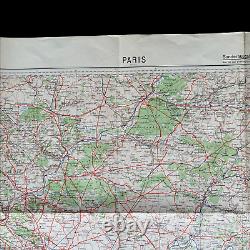 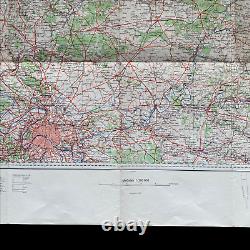 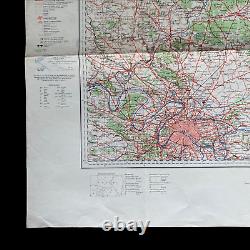 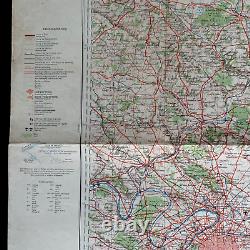 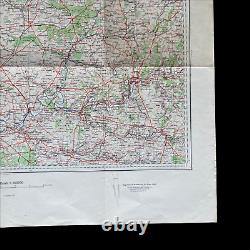 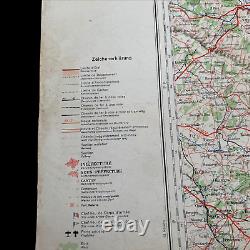 Titled "Paris" and dated 1936 this incredible WWII map was used by the German Army as they advanced further into France and enter the major city of Paris on June 14, 1940. This special map would've been used by the German soldiers in the immediate vicinity of Paris as its shows roads, known airstrips, and other vital landmarks. This map has an eerie feel as it shows the German success and occupation of one of the largest Allied cities of WWII. Some of the most famous photos of Germans during WWII are in Paris. After German troops invaded Poland in September 1939, Britain and France declared war on Germany. In May of 1940, the German offensive began as France was invaded. In six short weeks, the Germans defeated the French Army, taking almost two million prisoners.

On June 14th, the Nazis occupied Paris. BBC report of Germans taking Paris. German troops marched into Paris in the early hours of this morning as French and allied forces retreated. The enemy met no resistance as it entered the capital, which was declared an open town yesterday by the city's French military governor, General Hering. French troops withdrew to avoid a violent battle and total destruction of Paris.

They are believed to have taken a new line of defense south of the city. The Germans advanced from the north-east and north-west and shortly afterwards tanks rumbled past the Arc de Triomphe down the Champs Elysees to the Place de la Concorde. All shops and businesses in Paris have been closed and shuttered and there are unconfirmed reports the French government has now left Tours, in central France, and gone further south to Bordeaux. The enemy has been advancing toward Paris since they took Dunkirk ten days ago, forcing a huge evacuation of the port, resulting in thousands of allied deaths and casualties.

As the Germans approached, the French premier Paul Reynaud broadcast an appeal for all free men to come to the aid of France. British troops arrived south of Paris and began fighting, with their French counterparts, day and night to stem the advance of the Germans.

The RAF has spent the past few days bombing German convoys, supply columns, mechanised units and lines of communications. All the bridges behind enemy lines from Rouen to Mantes have been destroyed by the RAF to stop the enemy bringing up material and reserves. German aircraft responded with air raids east of Paris and at Evreux and Mantes, west of the capital.

This item is in the category "Collectibles\Militaria\WW II (1939-45)\Original Period Items\Germany\Personal, Field Gear". The seller is "premierrelics" and is located in this country: US. This item can be shipped worldwide.