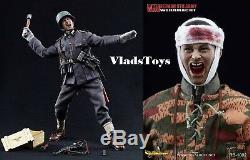 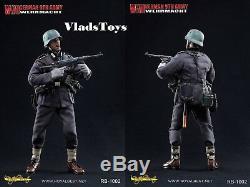 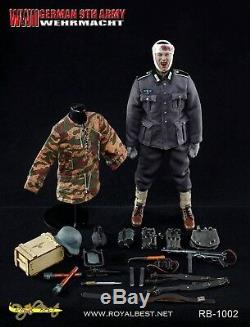 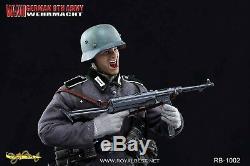 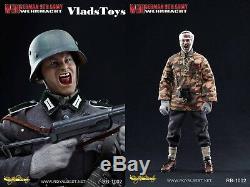 Royal Best 1/6 Scale WWII German 9th Army WEHRMACHT Johann Alber Figuer tem # RB-1002 WW2 German 9th Army WEHRMACHT in Seelow Heights The Battle of the Seelow Heights (German: Schlacht um die Seelower Höhen) was part of the Seelow-Berlin Offensive Operation (16 April-2 May 1945), one of the last assaults on large entrenched defensive positions of the Second World War. It was fought over three days, from 1619 April 1945. Close to one million Soviet soldiers of the 1st Belorussian Front (including 78,556 soldiers of the Polish 1st Army), commanded by Marshal Georgi Zhukov, attacked the position known as the "Gates of Berlin".

They were opposed by about 110,000 soldiers of the German 9th Army, [4] commanded by General Theodor Busse, as part of the Army Group Vistula. This battle is often incorporated into the Battle of the Oder-Neisse. The Seelow Heights were where the most bitter fighting in the overall battle took place, but it was only one of several crossing points along the Oder and Neisse rivers where the Soviets attacked.

This item is in the category "Toys & Hobbies\Action Figures\Military & Adventure". The seller is "baronvlad" and is located in Ocean Springs, Mississippi. This item can be shipped worldwide.