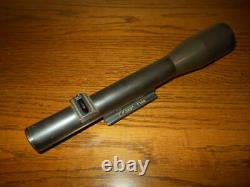 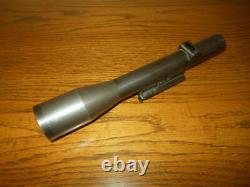 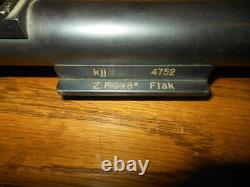 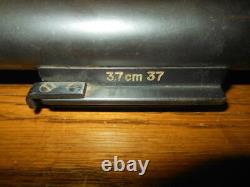 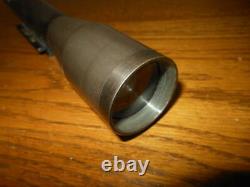 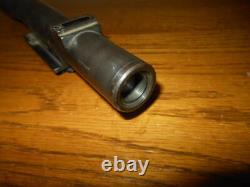 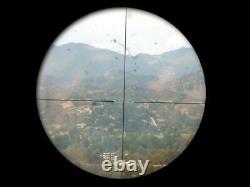 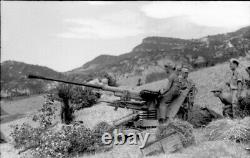 3x8°Scope, as used by various FlaK Guns! This was used specifically on 3.7cm FlaK18! The 3.7 cm Flak 18/36/37 was a series of anti-aircraft guns produced by Germany that saw widespread service in the Second World War. The cannon was fully automatic and effective against aircraft flying at altitudes up to 4,200 m. , The cannon was produced in both towed and self-propelled versions. Having a flexible doctrine, the Germans used their anti-aircraft pieces in ground support roles as well; 37 mm caliber guns were no exception to that. With Germany's defeat, production ceased and, overall, 37 mm caliber anti-aircraft cannon fell into gradual disuse, being replaced by the Bofors 40 mm gun and later, by 35-mm anti-aircraft pieces produced in Switzerland. Made of steel by kjj (Askania Werk AG, Berlin-Friedenau), this anti-aircraft aiming scope was manufactured between 1941 and 1945. It retains 95% of its original finish with NO corrosion or damage! The manufacture code and data information is stamped into the sides, indicating. All optics are SUPERB, and VERY CLEAR with only slights spotting! The reticle is VERY interesting, and not one that I ahve seen previously.

Could be for a rarer gun. One of the NICEST I have ever seen of it's type, it is a VERY NICE scope that would make a PERFECT addition to any collection or display!

Most of my items are vintage, and as such are AS-IS, so you must therefore expect a degree of wear due to age and/or usage. Although my passion is the Me109, I do offer many other German Aircraft Fw190, Me262, etc.

, as well as USAF and Japanese items. Occasionally I do offer many non-vintage items such as prints and art relating to the time period. Use is solely based on my authorization only.

This item is in the category "Collectibles\Militaria\WW II (1939-45)\Original Period Items\Germany\Personal, Field Gear". The seller is "messerschmitt_109" and is located in this country: US. This item can be shipped worldwide.