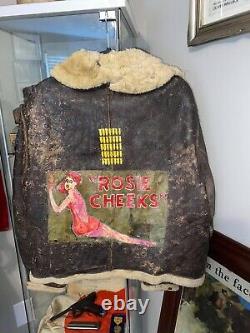 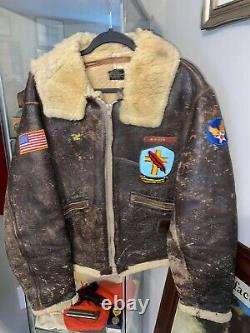 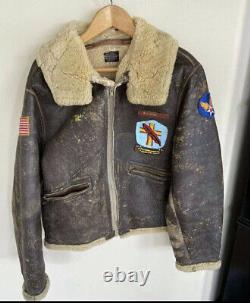 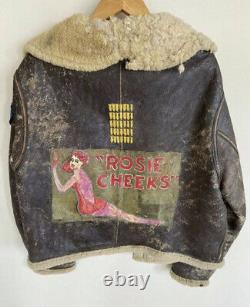 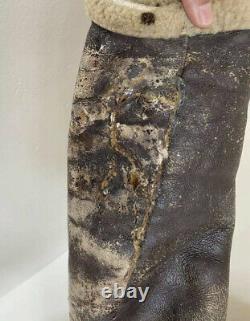 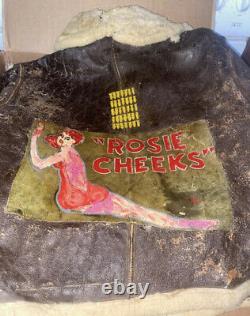 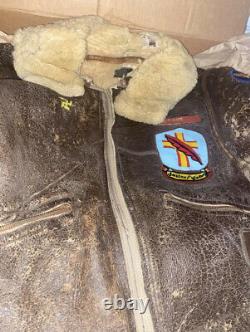 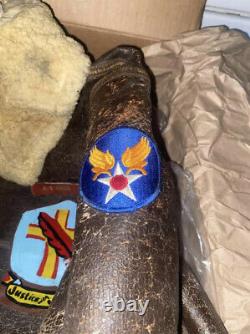 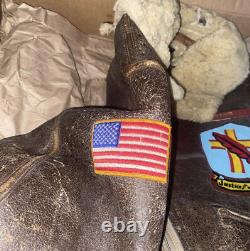 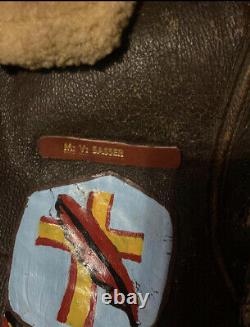 After graduation, he worked for the Southern Pacific before enlisting in the U. He was a B-17 tail-gunner and belly-gunner, completing 35 bombing missions, flying out of England to targets in France and Germany. He was on the first U. Raid over Berlin and participated in D-Day bombing missions in support of Normandy landings. I have a printed interview, an audio interview and several short video interviews. The patches have been replaced (I dont believe the back or the name tag) probably by the vet himself, as he wore this jacket well into his life. A memorial services will be Saturday morning for Martin Van Buren Sasser Jr. 91, a World War II bomber crewman and retired longtime Southern Pacific employee. He died Tuesday in Tracy. A native of Beatrice, Neb. And the son of Martin and Leota Sasser, Mr. Sasser moved to Tracy with his family at the age of 4. He attended Tracy schools and graduated from Tracy High School in 1942.

Where he picked up his future wife, Alice, and brought her to Tracy. Sasser resumed working as a crew-dispatcher with the S. And retired as an S. He also developed and marketed a balance board called the Tilt-O-Bord. A member of James McDermott Post 172, American Legion, and Tracy Post 1537, Veterans of Foreign Wars, he participated in a number of Memorial Day and Veterans Day services.

For a number of years, Mr. Sasser entertained hospital and rest home patients, playing the guitar, harmonica and jews-harp. Sasser was a charter member of Grace Baptist Church and served many positions in the congregation. He and his wife traveled to Europe, the Holy Land, Canada and the U.

This item is in the category "Collectibles\Militaria\WW II (1939-45)\Original Period Items\United States\Uniforms". The seller is "40016a" and is located in La Rue, Ohio.